Skip to Newest Articles Skip to Search About Us Skip to simple menu
DrTimBronsonBlog.com

Headaches are one of the most common reasons people seek chiropractic care. Many patients with headaches benefit significantly from adjustments made to the upper cervical region. So, the question is, how does adjusting the neck help headaches? To help answer this question, let’s look at a 2011 study that examined this exact issue… It’s been [..]

Traditionally, chiropractic care is most commonly rendered for a finite amount of time, usually until the symptoms that initially drove the patient to seek out care resolve. However, some patients find that periodic chiropractic treatments make them feel better and improve their sense of well-being. Three basic methods of chiropractic care exist: 1) acute care, [..]

Neck Pain can arise from many different sources with a similar clinical presentation, which can make it a challenge to diagnose. One of those related, and sometimes co-existing conditions, is called thoracic outlet syndrome (TOS). Let’s first discuss the anatomy of the neck and the thoracic outlet so we all have a good “picture” in [..]

Whiplash is most commonly associated with the rapid, uncontrolled movement of the head as it whips back and forth during a motor vehicle collision. Though different types of injuries are associated with rear vs. front vs. side collisions, the net result is similar: the neck hurts! This month, we will look at several “myths” or [..]

Fibromyalgia (FM) is a disorder that includes widespread musculoskeletal pain along with fatigue, sleep disturbance, memory changes, mood changes, and more. Studies show that FM amplifies or increases painful sensations by changing the way the brain processes pain signals. FM is NOT a psychological disorder that only people with a troubled past or present acquire. [..]

Carpal Tunnel Syndrome (CTS) is a very common problem that is often associated with work-related activities. This article focuses on how to prevent CTS. Of course, if you already have CTS, you should still read this in order to learn preventative measures that also work while you receive treatment for your condition.The concept is to [..]

Low back pain (LBP) can arise from a lot of causes, most commonly from bending, lifting, pulling, pushing, and twisting. However, there are other possible causes, including sleep. This not only includes sleeping in a crooked or faulty position, such as falling asleep on a couch, in a chair, or while riding in a car, [..]

Chiropractors most commonly treat musculoskeletal system (MSK) injuries and conditions such as sprains and strains arising from slips and falls, auto accidents, sports injuries, or simply over doing it. In fact, in today’s world, the use of manipulation in the management of biomechanical disorders of the spine is regarded as a “mainstream” treatment. A review [..]

Pain is a brain cortical event. Pain does not exist in a back or neck or foot. Pain is perceived by brain cortical neurons. Any intervention that reduces pain is altering the electrical signal depolarization of brain cortical pain perceiving neurons. As stated by Drs. Heidi Haavik-Taylor and Bernadette Murphy in 2007 (8):“Spinal manipulation is [..] 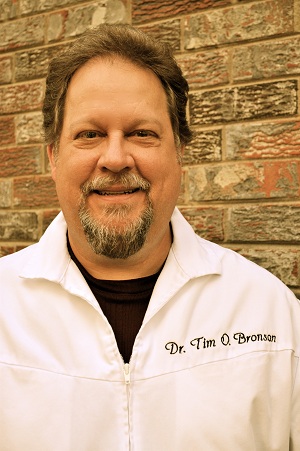